Slow as an Artisan: Why Slow Food Matters 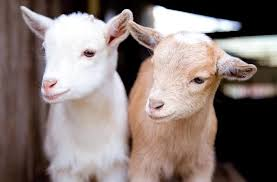 Shane Holland (Executive Chairman of Slow Food UK) moderated a discussion on artisan food production, including how it is made, the impact on the environment and the cost of food.

Lizzie Dyer of Just Kidding explained that only the most popular meat cuts are available in the supermarket. She works with goat dairy farmers and takes the billy goat kids, which would normally be slaughtered at birth, and raises them to produce kid goat meat. Livestock is on the land and is part of the British countryside. When you buy direct from the producer you are supporting the local economy and it has a knock-on effect. A chocolate maker buys cocoa beans direct from the cocoa farmer, thus supporting the cocoa farmer’s family. The chocolate maker sells the chocolate thus supporting his/her family, as well as the producers of all the other ingredients and packaging used for the chocolate. Regarding the cost of food, taking a waste product, such as the billy goat kids, and turning it into a high value product requires good labelling, but the problem with labelling is that it has lost its value due to the artificial farm names made up by the supermarkets and their flexible use of terminology. We don’t seem to know the true value of food. Compare the cost of a joint of meat which could feed a family of four with the cost of a skinny soy latte and a muffin.

Peter Cook of Peter Cooks Bread explained that 95% of the bread consumed in the UK is highly mechanised, using chemical dough improvers/enhancers and preservatives. He makes real bread, most of which has a 3-day or longer fermentation, the only ingredients being flour, water, salt and yeast or sourdough starter. It tastes great, it lasts longer and its easy to digest as the gluten has been broken down by the long fermentation. He started his bakery with just 2 people and now employs 18-20 people, therefore there has to be an impact on the local economy. His is a wholesale bakery only, supplying to local shops, cafes and restaurants and Peter believes by supplying to local businesses it is helping them to grow as well. He uses local products in his bread. His Wild Hop and Barley Sourdough was recently declared the winner of Britain’s Best Loaf 2020.

David McDowell, a Bee Farmer, explained that honey is made by bees and his job was to support the bees. Once the bees have made the honey it is up to us not to process it any further. Honey is a unique product. Local breweries are interested in using it and although no beers have yet been fully developed for sale he has been enjoying the tastings! His honey has also been used by a local bakery to make European style bread. David explains that he became aware of Slow Food through a local Italian ice-cream maker, Gelato Village, who now use his honey in their ice-cream. Local farmers are keen to have beehives on their land as they help with pollination. Farming is changing with more farmers beginning to recognise the value of pollinators and allowing “wilding” on their land – “build it and they will come”. He believes that the urban back garden is just as important to pollinators as the farmers’ fields. David also inspires others by visiting schools, even having some hives in schools. He teaches beekeeping foundation courses to encourage others to start beekeeping. Because of lockdown, people couldn’t go out so were spending their money on food so although he lost business due to restaurants closing, the sale of his honey had actually risen due to direct sales to the public.

Jonathan Jones of Tregothnan Estate grows 100 acres of tea in Cornwall. He announced that that day he had been awarded an OBE in the Queen’s Birthday Honours List for international trade and commerce, but he still considers himself to be an artisan producer. UK is a nation of tea drinkers but did not produce its own tea. After extensive research on how and where tea is grown he found that Cornwall has the same climate conditions as Darjeeling. Cornwall has the largest amount of introduced flora in the UK but only a very small area is dedicated to tea, another non-native plant. With regard to cost, Jonathan says that people generally don’t know the cost of a cup of tea so if he tells them that each cup costs 20p to produce they think that’s ok, but when he tells them that supermarket tea costs only 2p to produce they are shocked. Peter agreed, there is a shortage of apprentices. He needs people to work in the bakery, not necessarily with prior experience, but willing to learn, and it is much harder to recruit in a rural location. However, he changed the shift pattern of the bakery. Instead of working through the night as was traditional, he now works 2pm to 10pm which gives a better work-life balance which also helps with recruitment. He also runs breadmaking courses for the public, some of whom have gone on to work in the bakery.

Lisa Osman of All Hallows Cookery School in Dorset says she is very lucky in that there is a baker, butcher, greengrocer, cheese makers, micro brewery and other artisan producers nearby, whereas others only have access to supermarkets. She thinks that due to COVID-19 people have become more interested in where their food has come from. They have started to support local producers by buying directly from them. With regard to accusations that food is expensive, Lisa believes there is a cost to everything, for example the cost of waste when not every part of an animal is used. We need to inspire and encourage people to try different cuts of meat and also to question where that meat comes from.

Tom Oliver of Oliver’s Cider & Perry explained that cider is consumed almost on a daily basis whereas perry is hardly known. Pear Cider in the supermarket is not Perry. Perry can only be made from the Perry pear. Products need to be priced correctly. The Perry pear tree does not produce any fruit until it is at least 10 years old, so a lot of time is invested in making Perry. There is no such thing as cheap food, there is a cost to everything.