Adventures with a Vegetable Box Scheme 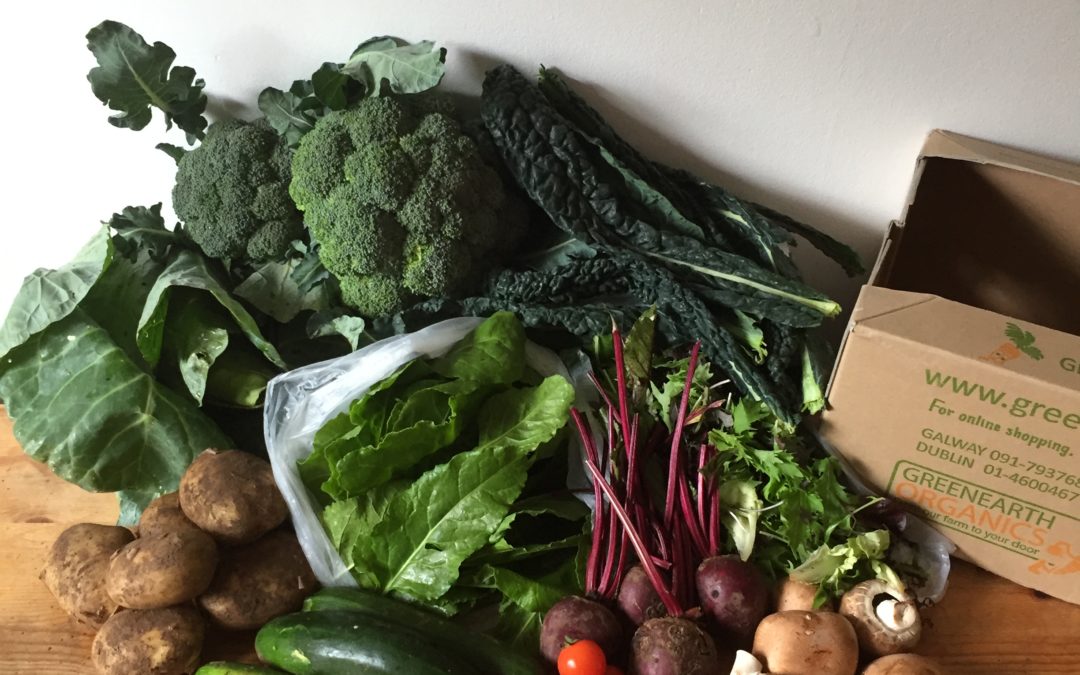 Back in May, I received an email from a farmer in Galway who ran an organic vegetable box scheme. It was a plea for help. He explained that his business was to deliver boxes of organic vegetables to homes all over the country under the name Green Earth Organics. His problem was that the crops on his farm were reaching maturity and therefore ready to be harvested and distributed throughout the country but at the same time, his customer base was falling. This reduction in customers was nothing to do with the way he was running his business, but rather a seasonal problem. Summer! Or more precisely, summer holidays! Basically, his customers were cancelling orders for the summer months because the children were off school; their routine had changed; they were off on holidays; they don’t cook as much during the summer……, the excuses were endless.

Here at Slow Food we’re always telling people to “Eat Seasonal, Eat Local” and here we had the situation where the best of Irish vegetables and fruit may be left to rot in the fields. I had to do something. So I shared it on social media. That’s not enough I thought. So I signed up for a weekly delivery. And that’s where the adventure began….

I was so excited when the first box arrived as I had opted for a set box of Irish vegetables, rather than picking and choosing my own mix. It was like Christmas, unwrapping the presents, but this time it was discovering which vegetables were in my weekly box. At first I was a little overwhelmed with the variety and amount of vegetables.

Beetroot was another vegetable that I rarely bought but is a regular in my weekly box. At first, I cooked it quickly in the pressure cooker and ate it cold in salads. I made beetroot hummus and chocolate beetroot brownies, but then I got more adventurous and made chutney’s, pickles and the delicious Russian soup Borscht (recipe available here). Then I found a wonderful Polish recipe, Beetroot, Mushroom and Potato Gratin, a chunky beetroot and mushroom sauce flavoured with horseradish and caraway sitting in a ring of mashed potato. Comfort food at its best and even better it used four different vegetables from the box! One thing about beetroot though, it can give you quite a scare when it comes out the other end – I thought I was dying until I realised everything was dyed beetroot red!

My box is delivered on Wednesday, but I was going away for the bank holiday weekend. What to do? So I took a day’s holiday from work and spent a relaxing day in the kitchen cooking some home-made ready meals for my freezer including Spinach & Mushroom Lasagne, Courgette Fritters with Tomato Sauce, Broccoli & Romanesco Cheese (instead of Cauliflower Cheese), all of which saved me from a trip to the take-away on the many nights I came home late from work.   Another time when I knew I would be away for a while I opted to donate my weekly box to charity. That made me feel good.

How has this box scheme changed my life? Yes, it has changed my life. I feel more engaged with food again. I had become boring with my food choices, cooking the same dishes, week in, week out. Now I’m excited to discover what’s in the weekly box and plan my recipes around that and what’s more surprising is I’m actually saving money and time! Not popping to the shops every day and because I appreciate the hard work that has gone into growing the vegetables for my weekly box, I’m determined to use every single bit, so no more food waste. A winner all round!