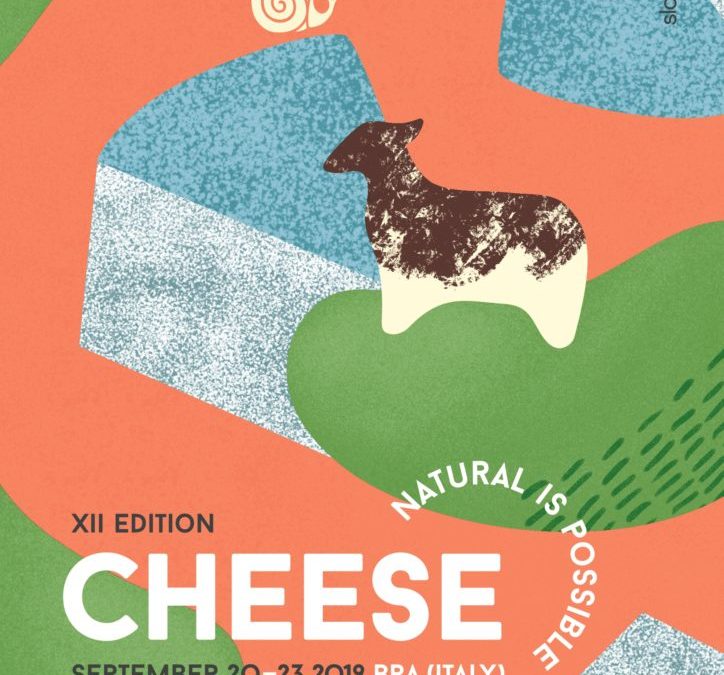 Conferences and debates put the spotlight on farmers, herders and cheesemakers

The twelfth edition of Cheese, in Bra (Italy) from September 20-23 presents a program of conferences dedicated to crucial issues in the dairy sector, reaffirming its role as not only a gastronomic but also a political event. It puts the spotlight on farmers, herders and cheesemakers, experts who’ve decided to go against the tide by choosing to defend biodiversity and nature.

Each conference deals with the real-life experiences of heroic bakers, cheesemakers and butchers, people who’ve refused to accept the cold logic of the market, and asks us a few simple questions: whose side are we on? How easy is it to adopt good practices of conscious consumption and choose good, clean and fair food?

Three appointments focus on three different shades of natural food. These are the conferences that Cheese dedicates to natural cheeses, natural charcuterie and natural breads.

What are the challenges and production risks faced by those who choose to produce a natural cheese? What are the advantages for a consumer willing to pay a higher price? And, beyond taste, what’s behind a natural cheese in environmental, health, and social terms? These are some of the questions which herders and cheesemakers, researchers and experts will be answering during the conference dedicated to the protagonists of the event: Natural Cheese: From Pastures And Breeds To Raw Milk And Natural Starters (September 21). On the stage, two worlds at odds with each other: natural and industrial cheeses. While the former reflects a complex relationship with the land and infinite aromatic sensations, the latter, i.e. the vast majority of cheese on the market, represents the standardization and homogenization of taste.

Reflections continue with Natural Charcuterie: Breeding, Farming, Natural Preservatives – (Sept. 22). Charcuterie made with local animal breeds, locally reared in a wild or semi-wild state, free to follow their natural behaviour, with their natural outdoor grazing supplemented with green fodder and grains based on corn, barley, wheat, bran or protein legumes where necessary. This is in contrast to industrial farming, where animals are often confined in small spaces, with little or no possibility of moving, playing or exploring and where meat is often processed with colorants, preservatives, caseinates, thickeners, nitrites and nitrates to lengthen its shelf life and improve its consistency and appearance.

Natural Bread: Grain, Flour, Fermentation (Sept 20). Grains, flours, leavening, a meeting dedicated to ancient varieties, fermentation and virtuous experiences, to open our eyes to the wide choice of yeasts, flours and cereals that exist. An opportunity to discover the stories of those who live on bread and understand why we should favour bread made with sourdough, not just because of its more intense flavours and aromas, but because its better for us and the planet.

These three conferences are free entry while seats last and take place in the Auditorium of the Cassa di Risparmio di Bra, in Via Antonio Sarti 8.

The Biodiversity House is back as usual in the courtyard of the Scuole Maschili, the space that hosts meetings, debates, but also tastings and tales of farmers, herders and cheesemakers from all over the world.

In addition to the usual daily aperitivo at 5 p.m., all “natural”, where people can taste charcuterie, cheeses and wines made without chemical additives, there are many topics up for discussion. Two new international Slow Food Presidia for natural cheeses will also be presented: from Raw Milk Farmhouse Camembert from France to the Slovakian Bryndza from the Tatra Mountains.

There is no shortage of in-depth information on the discovery of forgotten cheeses, such as those matured in sheepskin, probably the oldest category of cheese in the world, produced in an area that stretches from Iran to Bosnia-Herzegovina. The work carried out by Slow Food on the protection of traditions and the promotion of local products is bringing forth fruit, such as the PDO recognition of the Turkish cheese of Divle, which is made with raw milk and aged in caves.

A special meeting is dedicated to Sardinia and its herders, who are living through a serious crisis. In this relatively small island there about three million sheep, whose high-quality milk is sold mainly to cooperative dairies that use it for the production of Pecorino Romano DOP and Pecorino Sardo DOP, causing a homogenization of quality and the collapse of the price of milk.

The future of the Common Agricultural Policy and the role of pollinators, the importance and influence of PDOs and PGIs, as well as the nutritional consequences of herbs on the taste of milk and cheese will also be discussed.