Stop changes to the regulation of genetically modified food in Australia! 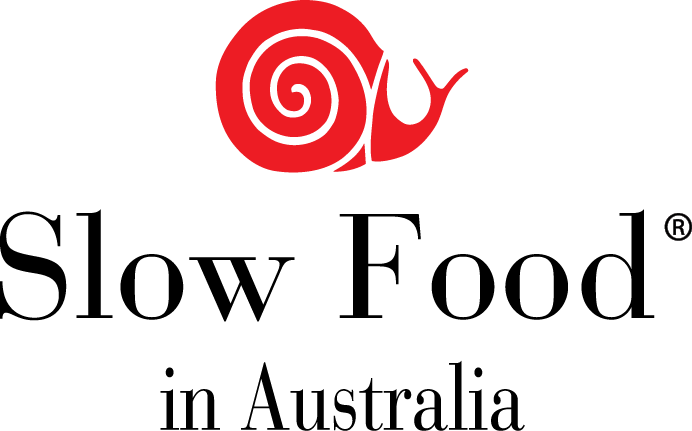 Amorelle Dempster, Slow Food International Councillor for Australia and Oceania, is leading the charge to stop changes to the regulation of genetically modified food and calling for supporters to voice their concerns.

Last September 5 marked the start of the mobilization of Slow Food’s network in Australia against the Gene Technology Amendment (2019 Measures No. 1) Regulations 2019, to be put before federal senators next month.

The launch came at a public event held in Maitland, in the Lower Hunter Valley of New South Wales, at the Slow Food Earth Market, which is held every two weeks and brings together small-scale producers from the region. Currently under Australian legislation all genetic modification (GM) activities require notification to the OGTR (Office of the Gene Technology Regulator) for regulation.

But under proposed amendments a whole class of new and untried GM techniques, such as SDN-1, Site-Directed Nuclease technology, and the resulting GM animals, plants and microbes would be exempt from assessment and licensing. Greens Senator Janice Rice has put forward a motion to reject the amendment in federal parliament, which will be presented to the senate again on September 17.

Amorelle Dempster’s call to action appeals to all Slow Food activists in the country to mobilize and make their voices heard by members of parliament, urging them to reject the amendment under discussion on September 17. Dempster herself has already written a letter to Shadow Health Minister Chris Bowen in the hopes of encouraging him and his party colleagues to disallow the amendment. “If you allow this amendment to pass, our families risk eating untested, unlabelled genetically modified (GM) foods – including animals,” she wrote. “Powerful scientific evidence shows that new GM techniques such as CRISPR pose risks that require expert assessment and management.”

For many years now Slow Food’s position has been decisive opposition to genetic manipulation between different species (Genetically Modified Organisms, or GMOs) and new technologies that modify DNA within the same species (New Breeding Techniques, or NBTs). With GMOs and NBTs we are heading along the path of increasingly intensive agriculture with a widespread monocultural approach, in which species that often have no historic, cultural or gastronomic link with a place and the people who live there represent a growing threat to the survival of traditional seeds and even the rural communities themselves.

Although repeated reassurances are given that GMOs are safe for human and animal health, in reality the situation is controversial. No rigorous clinical studies and independent long-term research have so far been published to show they are actually safe. The consumption of GMOs continues to raise doubts and concerns. These have not been allayed by risk assessment methodologies and criteria for evaluating the health safety of GMOs, which have proven to be inadequate and about whose scientific validity many doubts exist.

NBTs such as CRISPR-Cas9 gene editing make the identification and modification of precise points in the genome cheaper and faster than ever. These techniques can be more accurate than traditional genetic engineering, making it possible in practice to achieve in a few years what used to take decades of traditional genetic improvement carried out through a long process of selection in the laboratory and in the field. But it is still not possible to be sure that the effects of DNA manipulation, in whatever way it is brought about, will be stable over time. Unwanted and unpredictable effects cannot be excluded, with possible implications for foods, animal feed and the environment. The risk of biodiversity loss that derives from the application of these techniques is the same, and the socioeconomic problems also remain unchanged.

The emerging artisan, small-scale and organic farmers in regional Australia are creating food security in rural communities and ensuring the country’s food sovereignty by offering healthy and biodiverse foods produced using ecological and sustainable methods. This form of agriculture as well as large-scale exports from Australia are at risk of contamination and rejection from markets with zero tolerance for exports that are not approved by the regulator or are obtained from GM technologies. Key export markets and consumers will simply reject the produce and create an economic disadvantage for Australian farmers.

“If we are providing good, clean and fair food for our communities then we need to make sure that food hasn’t been modified in any way for commercial purposes,” Dempster concludes. “We have local farmers who are growing heritage varieties and bringing back a lot of taste and flavour and we want them to continue doing that. There might be less opportunity for farmers to be able to access seeds that have been saved and to be able to grow from seeds.”